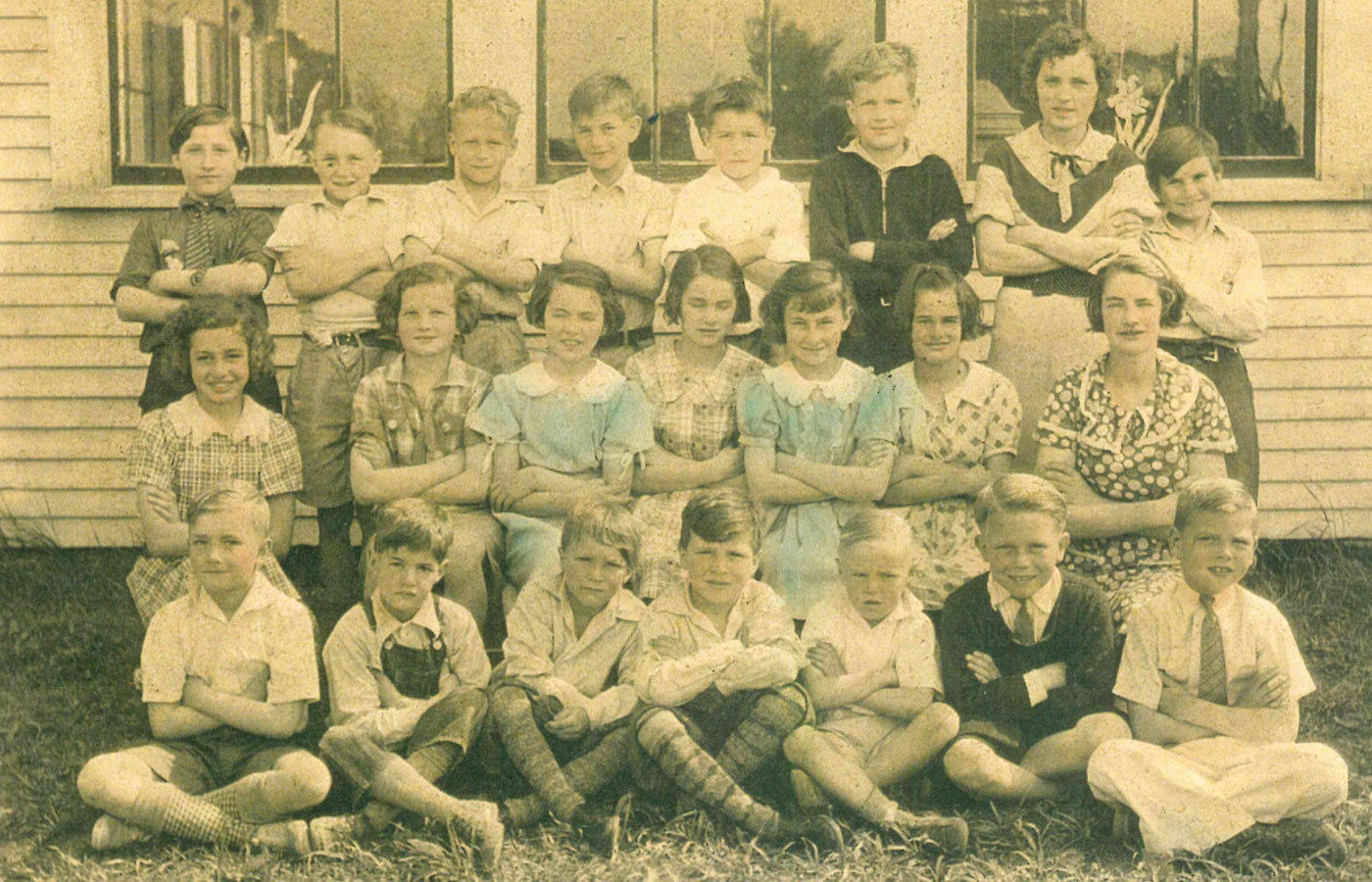 RUTH GRUNINGER STARTED her own formal education in the one room school house at Porter’s Landing in 1931, just down the hill from where she was living. For the next 6 years, she and 15 other students were taught by a single teacher, an attractive student-teacher ratio by today’s standards until you consider a single teacher (most always a woman) taught all subjects to all six grades! Of course those teachers had a few other chores as well. There was no electricity or heat so there were lamps to light, a woodstove to ﬁll and get started and the shared drinking water bucket to ﬁll. Today, at age 94, Ruth remembers them all, including Miss Fannie Mitchell, Louise Gould, and Leona Toothacher. Miss Gould was her favorite teacher of all time. 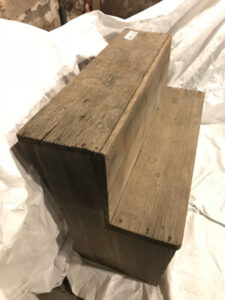 There were three girls in her grade. Ruth, Doris Bailey, and Barbara Hilton Brown, who has been her lifelong friend and are still in touch today. When the Porter’s Landing schoolhouse was closed and converted to a residence, Ruth obtained one of the double wooden desks. It is now a part of the Freeport Historical Society collections. These desks were an important part of the teaching program as every ﬁrst grader was paired with a sixth grader. Ruth’s youthful mentor was Hope Curtis.

She invited the whole school to her wedding to Alden Grant Sr., the father of Alden Grant Jr. who owns the Nicholson Inn on Main Street with his wife, Jane Chiarini Grant. Ruth still remembers the arbor of roses they stood under during the ceremony.

Ruth has written an account of her early days in Porter’s Landing, “A 1930s Childhood in Porter’s Landing,” that brings the reader straight to the smells of apple trees, lilac bushes, and the mud flats surrounding the nearby crabmeat factory. Not all the smells of the era were good; it was the depression, and many in town had little. Some of the poorer classmates did not have the resources to bathe or wash their clothing regularly. To be poor at the time meant one would often go hungry or ask a neighbor for food. Luckily for Ruth, her father owned a chicken farm, raising 2,000 Rhode Island reds for market and for family consumption. There was no lack of eggs or meat.

Her essay takes you around the neighborhood and with amazing detail describes who lived in each house and introduces you to the joys of living around farm animals like cows, horses, and chickens. Home canning, iceboxes, and outhouses were not viewed as hardships but the common threads that wove together a community and an era. Playful imagery like tobogganing in the moonlight, ﬂoating boats down a gurgling stream, and pulling fresh carrots from a friendly neighbor’s garden bring to mind a simpler time at Porter’s Landing still fresh in Ruth’s memory.

Copies of this essay, “A 1930s Childhood in Porter’s Landing” are available at the Historical Society and also on our web site. It is impressive in its thoroughness describing the neighborhood, knowledge of the individuals living there, writing style, and delivery. It is hand written, in pencil, on two sides of lined paper. Simply, wonderful.

Ruth also describes later years. Because her father was working for General Motors and had to move a few times, Ruth did not attend junior high school and only attended a portion of her freshman year of high school in Freeport. She went on to Colby College for two years and ultimately received both her bachelor’s and Master’s degrees in Education from the University of Maine. Her first year of teaching was at the Morse Street School, followed by two years at the Grove Street School. In 1967 she came to the Soule School in South Freeport.

In a testimonial to Ruth, a fellow teacher at the Soule School, Gene Berg stated, “Soule was controversial when it started in South Freeport with only Ruth and three other teachers. It is hard to explain today, as we sit here an accepted partner of three in Mast Landing School, just how controversial it was.” Gene goes on to explain why the Soule School outlasted most of those schools from the 1970s and 1980s. “The Soule Project was able to build academic credibility – Ruth was respected as a language arts teacher, and during the early Soule years, served as language arts lead teacher for the district.”

Ruth developed many curricula to connect students to their hometown, whether they be about the biodiversity of the tide marshes or a full five-day course discussing life at a true salt water farm, growing the majority of food you would eat all year and discussing the importance of proper food preservation to keep through the lean months of the year.

Ruth continued to teach a few years after the Soule School was combined with the Mast Landing School. After teaching Freeport school children for 38 years, Ruth retired. This author can promise you that anyone who has had the privilege of spending time with Ruth leaves knowing that they learned many things worthwhile.

Judge Joe Field still calls Ruth “Three Draft Gruninger,” and as this writer is nervously turning in this article for review, I fear a flood of red Ink is coming! (ED Note: It did!) FHS