Freeport Historical Society is overseen by a Board of Trustees. Our bylaws set the size of board between 11 and 17 members. Trustees are elected by the membership for a term of three years. They may be re-elected to serve upto two additional three-year terms.

Officers are elected annually by the Trustees.

The Trustees meet monthly, on the third Thursday evening of the month. The Annual Meeting of the Corporation takes place in the first half of the year, at a date determined by the Trustees.

Join or renew your membership

Get news and updates right in your mailbox! 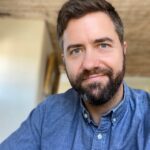 Eric C. Smith grew up in one of the oldest houses in the Freeport village, and has worked and volunteered with nonprofits in southern Maine for over 30 years. He joined Freeport Historical Society shortly after returning to Freeport to work in Public Affairs  at L.L.Bean.

Eric served four years as a Trustee and three as FHS President before stepping in as Interim Executive Director in 2021. He is also a Trustee of First Parish Church, just across the street. 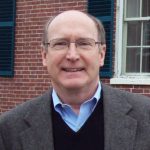 Jim Cram has been a member of our Historical Society since about 1980 when he was a Trustee and served as President and also chairman of the Freeport Townscape Committee.  His career has been in construction with an emphasis on sales and project management spending 18 years as the export manager for Acorn / Deck House.  This included building 310 housing units in ten countries. While in Hollis, NH Jim was on several boards including Chair of the Architectural Review Board and named Citizen of the Year in 2007 for the successful restoration of a 1760s triple English barn into a heavily used community center.

After serving FHS as Executive Director for five years (2015-2021), leading a comprehensive building update and renovation of our Main Street campus, Jim was awarded the title of Director Emeritus and he continues his work supervising our ongoing building projects. 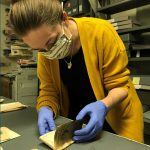 Please note that Audrey Wolfe is out until Fall 2022. Please contact other staff for assistance.

As a nonprofit professional, Audrey (she/her/hers) is passionate about fostering community engagement in history-centered institutions. She earned her B.A. in History from Kent State University and a M.A. in History Museum Studies from the Cooperstown Graduate Program. Audrey previously worked at museums and institutions throughout Ohio, New York, Massachusetts, and Maine before joining the FHS team in summer 2020. 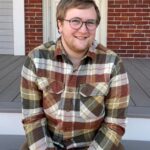 In his role as Community Engagement Coordinator, Harper Batsford (he/him/his)makes our programs, events, and communications lively and inviting. Harper has worked with organizations dedicated to sharing Maine's unique history with the public for 12 years. With a strong background in collections, conservation, and working with volunteers, Harper enjoys using images and material culture to encourage members of various communities to investigate their own personal connection to the past.